Down with the stiffness 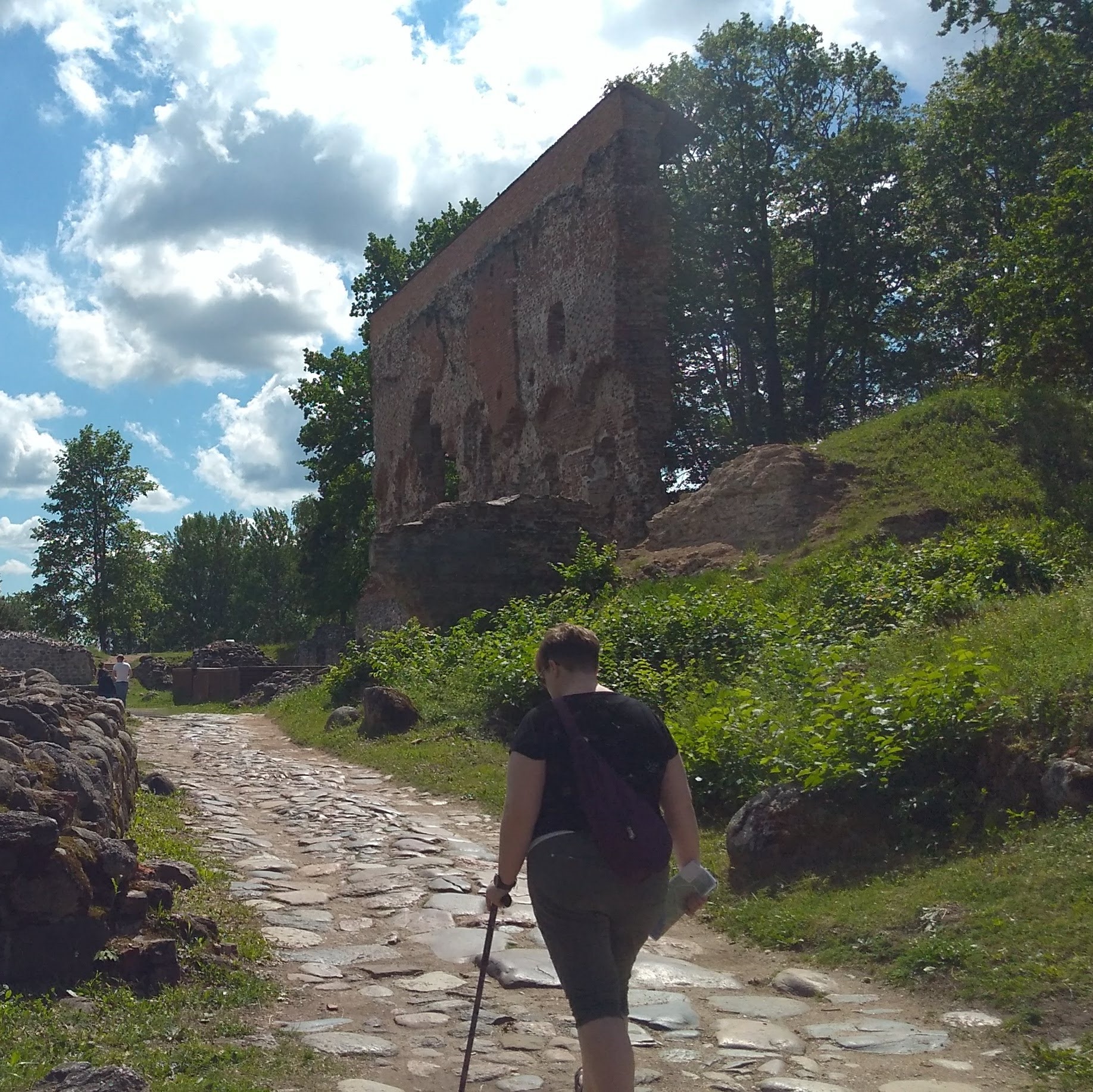 This year, I will not attend the March IRL for a few reasons. The same reasons that kept me away the last two years as well, for I had only attended the March in 2017. But it’s nice now that I can say them aloud, not to ask permission to not attend, but rather to amplify with others like myself with a chronic illness that presents rather dynamically. Sometimes dubbed an “invisible disability”, my limited mobility and arthrosis (aka osteoarthritis) mean that what starts as slight back pain or a stiff knee can end the afternoon as stiff hands and joints and throbbing pain. The next day you may even feel the stiffness and the pain (in addition to whatever your “normal” is).

So sure, I could go out for an afternoon, walk around with my walking stick and carry a sign with a witty saying, knowing that the stiffness will get worse over time and that if I don’t sit down (somewhere? anywhere?) soon, I’ll have to leave early, or pay the price the next day. When I was younger, I would opt for the second option, paying the price the next day with sore hips and painful hands. But as I get older, as my condition progresses and I have more responsibilities and desires in my life, this becomes a harder decision to make. Which is why that I’m glad that the Online Disability March exists, so that I can be part of the protest from home, follow along on Twitter, and help support others in their actions and activism.

On the note of the VN-Verdrag this year, I’ll point out that at this moment, I can “turn up and go” with public transit, an English phrase used to describe the freedom that quite a few Dutch-based folks take for granted. Hop on any bus bus, catch a train without a reservation, rent an OV fiets, or take a taxi home for the last leg of a late journey (such as a March in Amsterdam). This is not the case for all Dutch-based folks, including those with mobility aides such as wheelchairs, walkers (rollators), crutches, or canes in some instances, or those who have poor vision or are blind – anyone who wants some ounce of independence.

Instead, in the Netherlands, it’s more like “turn up and hope”. Current and proposed updates to trains are not including barrier-free access; they still rely on a broken system of booking an hour in advance for a ramp to be brought, and hoping like hell that you can get out at your desired stop. Hoping that the elevators will be in service. Hoping that there are tactile tiles at stations or that the audio aides are working on the trains. That you won’t be harassed at the station or bus stop. Hope that you are the only other wheelchair user on the bus line that day, lest you have to wait for the next one or the bus is too full to take you on. Hope that you can get a seat on the bus rather than stand for 20 minutes. Hope that the one tricycle to be rented in the large city OVfiets station is still available. Hope that the Uber won’t refuse you and your wheelchair or guide dog, or that the one taxi with an accessible berth is available to be booked in advance. So while those who can “turn up and go” are busy patting themselves on the back about our 100% wind powered trains and encouraging cities to reduce private car access in lieu of bus and bike lanes, remember that there are folks who have to “turn up and hope” and that we need to make our public infrastructure more accessible before we start pushing it as the only necessary option.